When you support The Cabbage Patch’s invitational golf tournament, you make a profound difference in the lives of young people like Jenay and Dariyah. While they are close in age, Jenay is Dariyah’s aunt, but they have grown up like sisters because Jenay’s mother has raised them both. Keenly aware that Dariyah looks up to her as a role model, Jenay has made education and leadership development a priority in her life and has forged a path for Dariyah to follow. 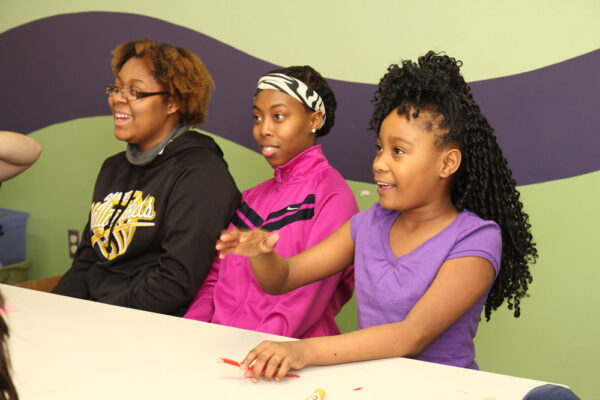 The Patch is a place where young people inspire each other. (Photo for illustrative purposes only)

The Cabbage Patch provides the programs that have helped Jenay grow, but Jenay deserves the credit for applying herself and taking full advantage of what The Patch has to offer. We have seen her manage more than 50 younger children, evidence of her success in the Teen Leadership program. She was the first of her group of high school seniors to have her college applications finished. We knew we would see her at every ACT preparation session and any other college preparation session, because she was determined to succeed! Now attending Fisk University, a historically Black college/university (HBCU) in Nashville, Tennessee, Jenay continues to inspire Dariyah’s aspirations.

Dariyah has been disappointed by family members in the past, and the resulting feelings were difficult for a young child to process. She has worked with Cabbage Patch staff to understand her roots and learn how to blossom. Thanks to Jenay’s shining example, Dariyah has made it her goal to attend an HBCU and she is working diligently on ACT preparation.

The Cabbage Patch Invitational Golf Tournament players and sponsors tee off lifelong, impactful programs for young people like Jenay and Dariyah. As Dariyah says, “When you believe in us, it’s easy for us to believe in ourselves.”