Kate Holwerk, or “Kate The Great,” as we call her, is one of The Cabbage Patch’s most dedicated volunteers, but we are not the only ones who have noticed the impact she makes in our community! The Younger Woman’s Club, which has served Kentucky’s nonprofit organizations for more than 90 years, has honored Kate with their Citizen Laureate award! The award was presented on May 19 at the organization’s Charities Allocations event. 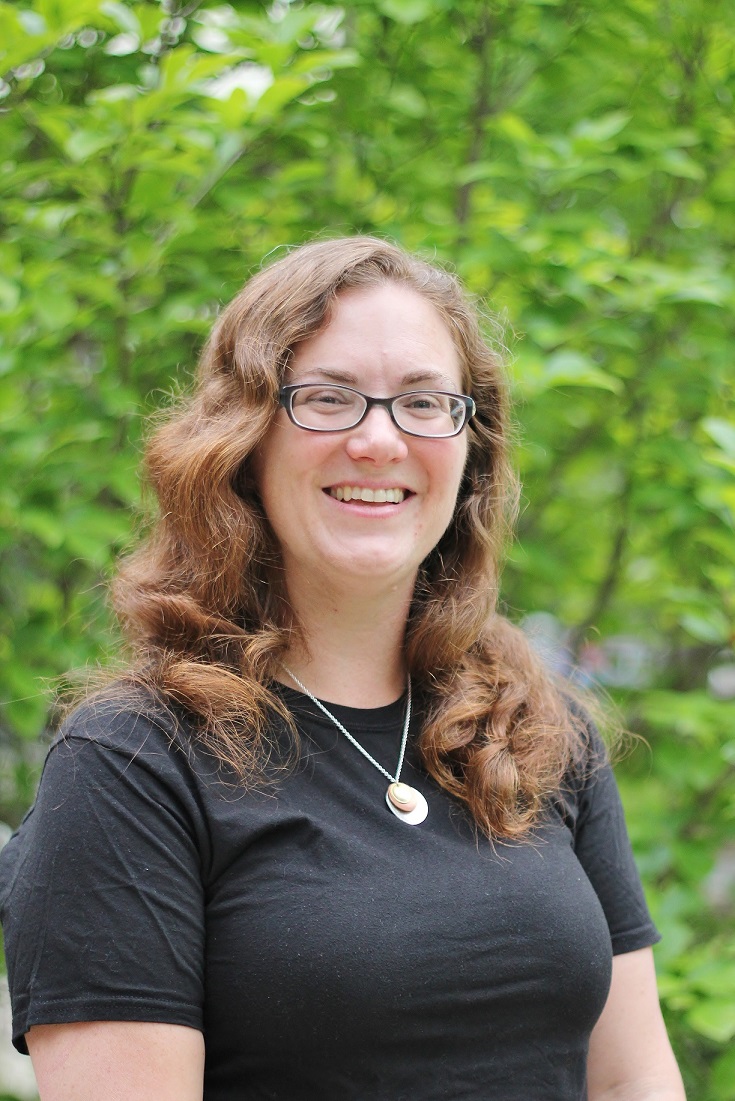 Kate gave the disclaimer that she is not a public speaker, but upon hearing her acceptance speech, we would beg to differ. Below is what Kate had to say upon accepting her well-deserved award:

“Before my husband and I arrived in Louisville, we had moved 7 times in 5 years.  We had no reason to expect Louisville would be any different. But it was…because Lauren Ogden lives here.

Lauren went to college with my brother, and she contacted us when we got here.  But she did not just take us out to dinner. She and her family adopted us.  They took us to dinners and lunches and events and museums all over the city. And she introduced me to all of her friends. They were interesting, smart, nice, and involved in everything.  And all of her friends were in Younger Woman’s Club.

So after we had lived here a year, Lauren invited me to this very event to see if I was interested in joining. I came in thinking, ” What’s so special about this club?”  People from all kinds of nonprofits got up and thanked YWC for grant money and talked about what they were going to do with it.  The list of projects was staggering. And I thought, “Wait, the women in this room raised enough money to do all of these projects?! I have to be a part of this!” I mailed my application as soon as I got home.

As a member of YWC, I have done so many things that I never thought I would do.  I have made many flower arrangements under duress with a budget of $0. I have learned how to ask people for money. All. The. Time. I’ve worked behind the scenes on every kind of fundraiser. I’ve learned that you can never have too many white tablecloths or julep cups, and you should always keep a packet of blank nametags, a sharpie, and a corkscrew in the glovebox of your car, just in case!

Cate (Darmstadt) has told you some of what I do, but now I would like to share some of things that I have done that do not fit on a resume.

With Bike Louisville, I have taught bike safety to 7600 kids in 2nd-9th grade in the last 5 years.

10% of those kids have learned to ride a bike for the first time because of this program.

We graduated 12 kids from our high school bike repair program.

I have ridden bikes in the hallway of 1 middle school, and when the principal caught us, she said, “Oooh, that looks fun!” (whew!)

I have taught bike safety to children, teenagers, refugees, the homeless, veterans, retirees, college students, people who did not speak English, amputees, people who were differently-abled, one child who was deaf, and two children who were legally blind.

I’ve been a camp counselor for a total of 58 weeks in the last 9 years.

My Patch campers have been able to pet a stingray; hold 4 snakes at once; feed an alligator snapping turtle; hold a scorpion, and be kissed by a blue-tongued skink.

Cabbage Patch photography students took over 10,000 pictures in my photography program, most of which are still saved on my hard drive.

3 Patch kids have their photography on permanent display in the Mayor’s Office.

I’ve spent 13 weeks of my life on Cabbage Patch camping trips with teenagers.

My campers have ridden their bikes 1300 miles and only ran over 2 snakes and 1 turtle.

I have spent 1 night sleeping in a van with 11 other people when we got locked out of our accommodations.

We’ve been to the top of the St Louis Arch 6 times, and no one has thrown up yet.

And lastly, my kids have written 1 original rap song about how weird my toes are.

And everything I have done is because 1 person invited me to join a club in Louisville, Kentucky. So thank you, Lauren! I owe you everything. Thank you Cate Darmstadt for nominating me. Thank you YWC for providing all of us with a way to truly make an impact. Thank you, Cabbage Patch, for putting up with me all these years.”

As part of the Citizen Laureate award, Kate received a check to present to the charity of her choice, and The Cabbage Patch is humbled to be Kate’s selected charity. Thank you, Kate, for all you do!